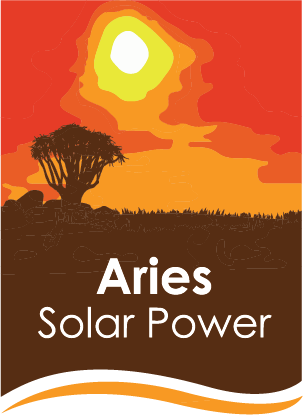 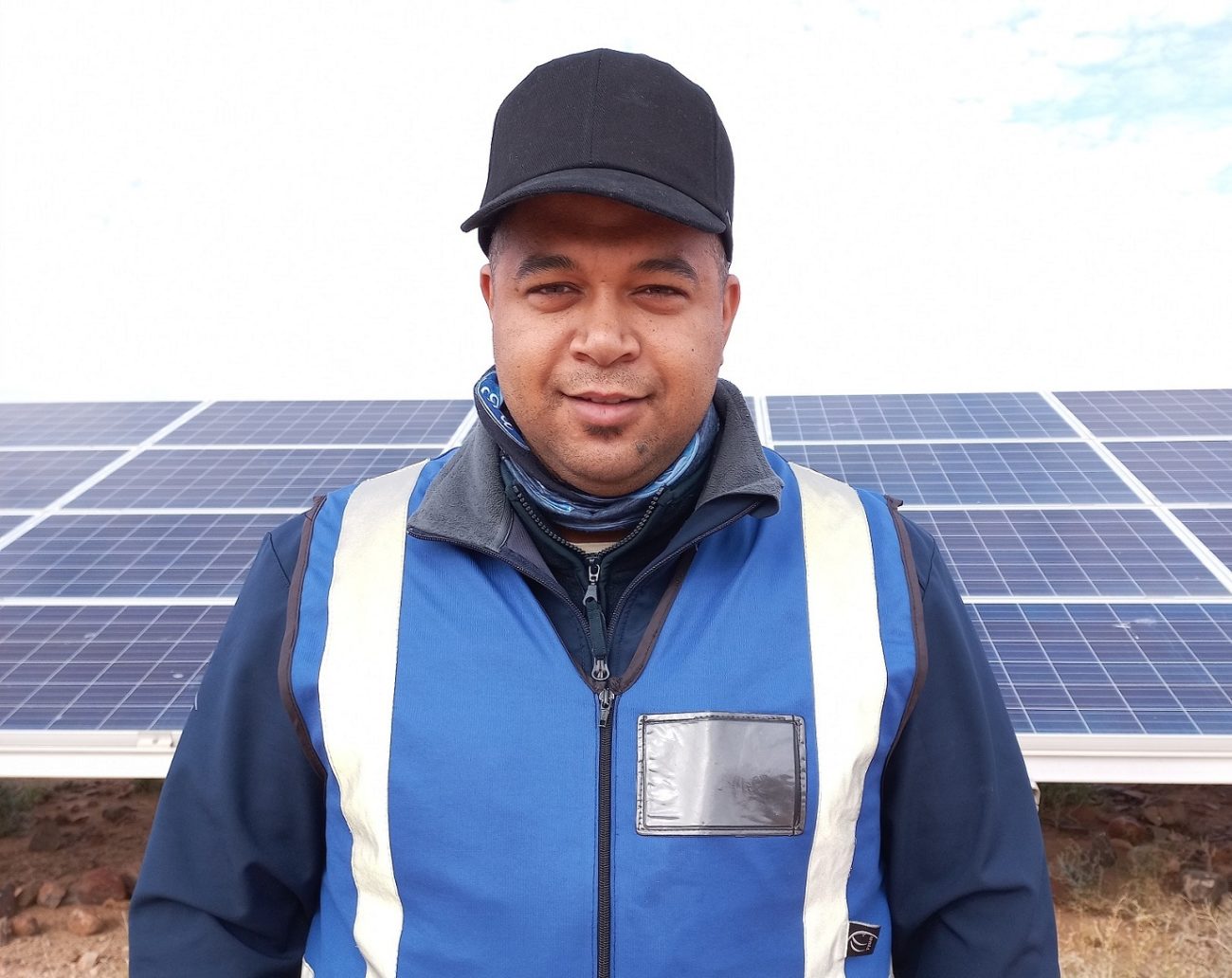 Samuels has been working at this solar plant, since 2015, just a year into its operations, having previously been part of the technical team at the near-by Konkoonsies Solar Power.

“The focus of my job is to ensure that the power plant operates at its maximum capacity, which we do by ensuring that the operations and maintenance is kept at its optimum, plus, just as importantly, I also oversee HSE responsibilities of every employee and contractor to safeguard compliance,” explained Samuels.

He was attracted to this field of work long before utility-scale solar plants were built in the country and sought the opportunity to get involved in a career that produces clean power. “I was very intrigued by the fact that the electricity is generated by a natural resource and wanted to learn more about it,” he added.

Aries Solar Power does more than power thousands of homes each year, it also works to make a difference in the lives of the many families that live in and around the community of Kenhardt, in multiple ways. This is achieved by spending a percentage of revenues on development programmes that include enterprise and socio-economic development, to promote access to the economy. Additionally, local procurement and employment opportunities plough financial resources into the local community

“I believe that it has brought so much to Kenhardt, by helping to grow and develop this remote area,” concluded Samuels.

As part of the new data protection laws we are required to let you know when we use any kind of tracking devices or “cookies” on our website.

What are Cookies?
A cookie is a small text file that is sent to your computer via your web browser when you visit a website. Our website uses the WordPress® platform, which uses Cookies to verify users. We also use Google Analytics on our website which uses Cookies. You can read more on “How Google uses information from sites or apps that use our services” Via this link: https://policies.google.com/technologies/partner-sites

If you do not want to receive a cookie from Our Site, you have the option of setting your browser to notify you when you receive a cookie, so that you may determine whether to accept it or not.
Cookie SettingsAccept All
Manage consent

This website uses cookies to improve your experience while you navigate through the website. Out of these, the cookies that are categorized as necessary are stored on your browser as they are essential for the working of basic functionalities of the website. We also use third-party cookies that help us analyze and understand how you use this website. These cookies will be stored in your browser only with your consent. You also have the option to opt-out of these cookies. But opting out of some of these cookies may affect your browsing experience.
Necessary Always Enabled
Necessary cookies are absolutely essential for the website to function properly. This category only includes cookies that ensures basic functionalities and security features of the website. These cookies do not store any personal information.
Non-necessary
Any cookies that may not be particularly necessary for the website to function and is used specifically to collect user personal data via analytics, ads, other embedded contents are termed as non-necessary cookies. It is mandatory to procure user consent prior to running these cookies on your website.
SAVE & ACCEPT